Why suffer from drug side effects when there are natural alternatives?

Prescription drug side effects can be quite serious, and people should be made more aware of the potential adverse reactions that they may experience with pharmaceutical medications.

Following is a list of some of the most popular medications on the market, used for the treatment of various conditions from high cholesterol to depression to rheumatoid arthritis to sexual enhancement.

You can learn more about these health complications and natural alternatives by clicking on the medical drug of choice.

Among the highest selling pharmaceuticals, cholesterol lowering drugs, known as statins, can cause serious problems such as liver damage, muscle pain and other side effects:

Lescol - a statin medication from Novartis that could cause problems.

Lipitor Side Effects - the most popular statin medication on the market, and the biggest seller, there are many side effects that can be avoided with natural alternatives.

Lovastatin - one of the lesser cholesterol medications, still has same damaging effects on liver and muscles.

Pravachol Side Effects - once a major competitor to Lipitor, can cause potential side effects.

Vytorin - combining two powerful cholesterol lowering drugs, Zocor and Zetia, it is able to lower LDL in the body in two ways, but the potential adverse reactions are still present.

Zetia - cholesterol drug that works differently than statin medications, by reducing the absorption of cholesterol in the intestines.

Zocor Side Effects - the second most popular statin, could cause liver damage and muscle pain, and in some cases severe muscle breakdown and even death.

Often incorrectly prescribed due to misdiagnosis, antidepressants come with many possible side effects.

Ativan Side Effects - the brand name of lorazepam, an anxiolytic drug for GAD, Generalized Anxiety Disorder.

Celexa - a popular SSRI, the adverse reactions of Celexa could be quite serious.

Clonazepam - marketed as Klonopin, this anti anxiety medication for panic attacks and disorders can have serious side effects such as gastrointestinal and cardiovascular disorders.

Cymbalta Side Effects - with many potential adverse reactions, this SNRI acts on two neurotransmitters, serotonin and norepinephrine.

Effexor - one of the most popular antidepressants, Effexor side effects can include tremors and insomnia.

Lexapro - an SSRI for depression, corrects neurotransmitter imbalances but at what cost?

Paxil Side Effects - one of the most prescribed antidepressants, Paxil is also used to treat OCD and panic disorder.

Prozac - one of the top selling drugs, Prozac side effects can be troubling and may promote suicide.

Trazodone - an antidepressant marketed under the name Desyrel side effects can be serious.

Wellbutrin - an SSRI similar to Prozac which warns of the risk of suicidal thoughts in prone patients.

Xanax - a popular treatment for general anxiety, it can cause similar reactions as other medications.

Zoloft Side Effects - one of the top antidepressants, Zoloft treats OCD and panic and can cause similar adverse reactions.

Diclofenac - marketed under the name Voltaren, a traditional NSAID anti-inflammatory for the treatment of arthritis which could cause serious side effects.

Enbrel - for the treatment of rheumatoid arthritis and similar immune system conditions, Enbrel can cause serious infections, blood disorders and other adverse side effects.

Mobic - an anti-inflammatory for osteoarthritis and rheumatoid arthritis, meloxicam, with many potential negative effects.

Naproxen - sold as Anaprox and Naprosyn in prescription form, and Aleve over the counter, naproxen sodium side effects could be quite serious, similar to those of other anti-inflammatory pain relievers.

Adderall - one of the more popular ADHD medications prescribed by doctors.

Ritalin Side Effects - one of the biggest selling drugs on the market, Ritalin is used to treat symptoms of ADHD but can cause same problems as other stimulant medications.

Strattera - a non-stimulant alternative to Ritalin and other hyperactivity treatments on the market.

Andro - used by many athletes to enhance performance.

HGH - short for Human Growth Hormone, used by bodybuilders and other athletes to build muscle, but frought with risks and quite controversial.

Other Popular Drug Side Effects

Botox Side Effects - facial injections to reduce wrinkles, this surgery is not only expensive but can lead to permanent face damage, muscle weakness and droopy eyelids.

Flu Shot Side Effects - usually mild but could include fever and general discomfort.

Ibuprofen - marketed as Advil, Nuprin and Motril, this anti-inflammatory could cause serious gastrointestinal disorders.

Melatonin - used to readjust the body's biological clock, this jetlag and anti-aging treatment could cause nightmares, depression and decreased libido.

Naproxen - another anti-inflammatory sold as Anaprox and Aleve, could lead to stomach problems, ulcers, and liver or kidney problems.

Rogaine Side Effects - this popular hair loss treatment can cause scalp irritation, permanent hair on the forehead and shedding.

Topamax - this seizure medication sometimes prescribed for weight loss can lead to problems such as speech disorders, abnormal vision and kidney stones.

We will be adding more prescription drug side effects in the future, so check back with us often.
You can read a recent article about the problems of medications here.

If you are currently taking a medication and you'd like to learn more about possible medical drug side effects, send us an email and we'll research the information and post it in this section.

more on our HSG home page 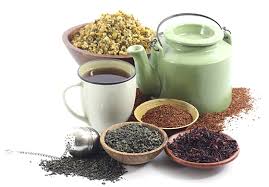